I rediscovered Keel Row this week and thought it would be fun for us. It’s not hard and if you want to add variations and/or harmonies, it lends itself to playing around…

My favourite playing on Youtube is by Kathryn Tickell. Here are some fun Banjo’s in Kentucky (at least I think that’s where they are). And a handy rendition on a melodeon. (See below the notes for the words)

One point about the notes… lots of versions that I’ve found have the first note as a C dropping down to the B, rather than an A… but I’m afraid, this is how I’ve learnt it and it does keep with the ending of the A part playing it this way… but if you prefer it another way, don’t worry. It’s just another harmony to add 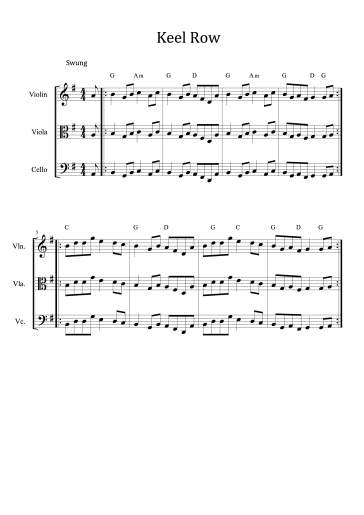 The words that Kathleen Ferrier sang to this were:

I’ve persuaded Jane to tell me her variations… This shows them all in one go. She sensibly adds a few each time but not usually all of them on one playing. If you are interested in playing some of these harmonies, perhaps pick a few and adopt those. I’ve written it out with the melody so that you can compare the two to see the changes. I hope it makes sense. 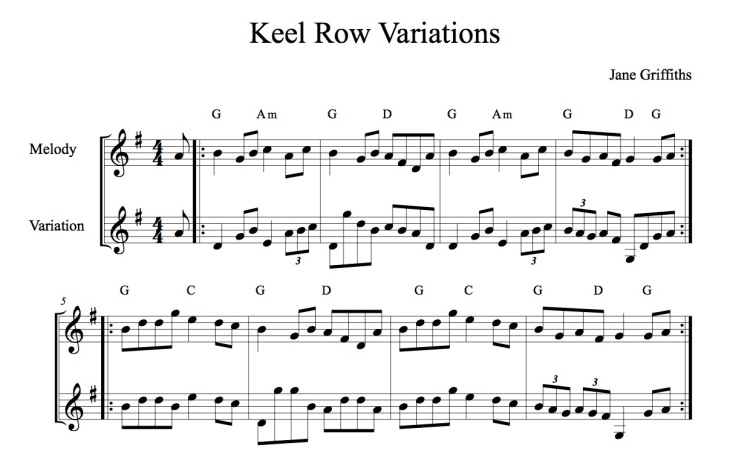 Jane played Keel Row with me last week… She added some lovely variations and I played the tune either in the usual violin range or an octave lower (I have a five string fiddle). All the mistakes are mine, but you can hear some of the ideas…