Louise Mackenzie played her tune as part of the tutors’ concert during Alasdair Fraser & Nathalie Haas’s fiddle course in Skye 2016… and her beginners’ class (which included me) liked it so much we persuaded her to teach it to us. It’s a bit noodley to learn by heart as phrases repeat so you have to keep a weather eye on where you are in the tune, but it’s such a lovely tune that it’s well worth the concentration. My personal tip is to keep an eye on how the B part includes Cs on the way up and that helps to remember the difference between the A and the B part, but if that just confuses you further, don’t worry. It’s very singable and therefore playable.

Our beginners’ class gave a short performance at the end of the week as part of the Friday night concert and so you can hear the tune here (filmed by my daughter – so forgive her for zooming in on me!). It’s the first tune we played (twice through). We’d only learned the tune since that Monday so it was a little terrifying but with fantastic teaching and support by Louise, we pulled it off!

..to America, via Suzy Tee (who learnt it in Skye, I think) who plays it herself and then has all of her Suzuki class do a grand performance.

..to Moscow, here played by a ceilidh duo, called the Tin Thistle (at 1.42 mins into the video).

and also… to the St Andrew’s Folk Club who claim to have learned the tune in an evening! 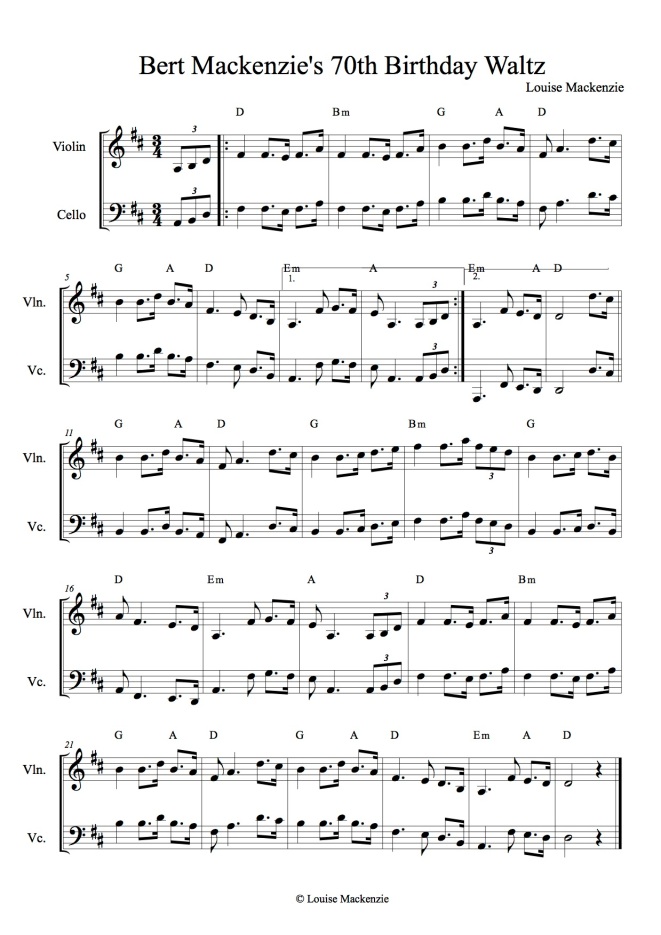