I first heard Paddy Fahy’s Reel on Martin Hayes’s CD The Lonesome Touch, and it’s one of those tunes that is quite elusive because Paddy Fahy composed many great tunes but wasn’t given to naming them (see Wikipedia). A good many of Fahy’s (or Fahey’s) very excellent tunes have been beautifully recorded by Dave Flynn on guitar   (although not this particular reel) and he gives them a number… but most other recordings just mention whether they happen to be a reel or a jig so it’s hard to tell which one you have found until you hear it.

The one transcribed here (with my thanks to Jane Griffiths for the notes and Jon Fletcher for the chords) can be heard in the following places:

Martin Hayes plays Paddy Fahy’s Reel (not live) on Youtube. Very nicely played on a mandolin by Tosh Marshall. And Noah and Lucas played Paddy Fahey together some time ago at a reasonable pace.

It’s an unusual tune because it has a large range in one phrase. I’ve only been able to learn it since I bought a 5-string violin (having played viola before) and even then it has taken me more than a month to learn it. I’ve transposed it for the flute, viola and cello but I’m not sure how playable this is! I think we may have to work out a new arrangement to include other instruments. It’s not an easy tune to play so we don’t play it often enough, but I think it pays for the effort with a fantastic melody.

PS. Paddy Fahy died on 31st May 2019 aged 102 so the June session voted to make this reel the tune of the month for July 2019 and we can spend the next month learning and appreciating one of his excellent compositions. 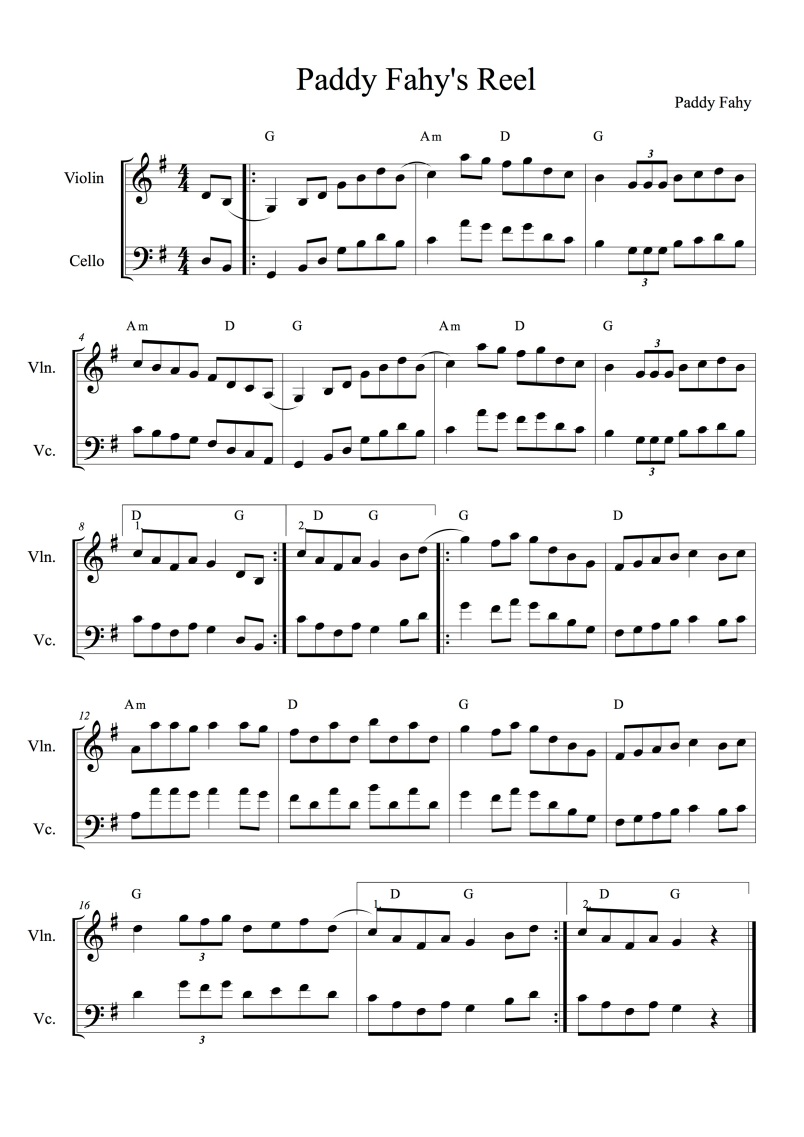 One thought on “Paddy Fahy’s Reel”