We heard Alistair Fraser and Natalie Haas playing this together, but took it down a fifth to make it easier to play.

Thankfully, we don’t play it as fast as Alistair and Natalie… perhaps more the speed that Kierah plays it (although we don’t tend to call it cal-li-pi house) and I found this nice recording of a guitar and fiddle together and again, different players and slower. Don’t forget, however, that most of these recordings are playing Calliope House in D (a fifth higher), so you can’t play along with them, except this one of Noah and Alex in a pub, way back in 2012 when they were only ten years old. 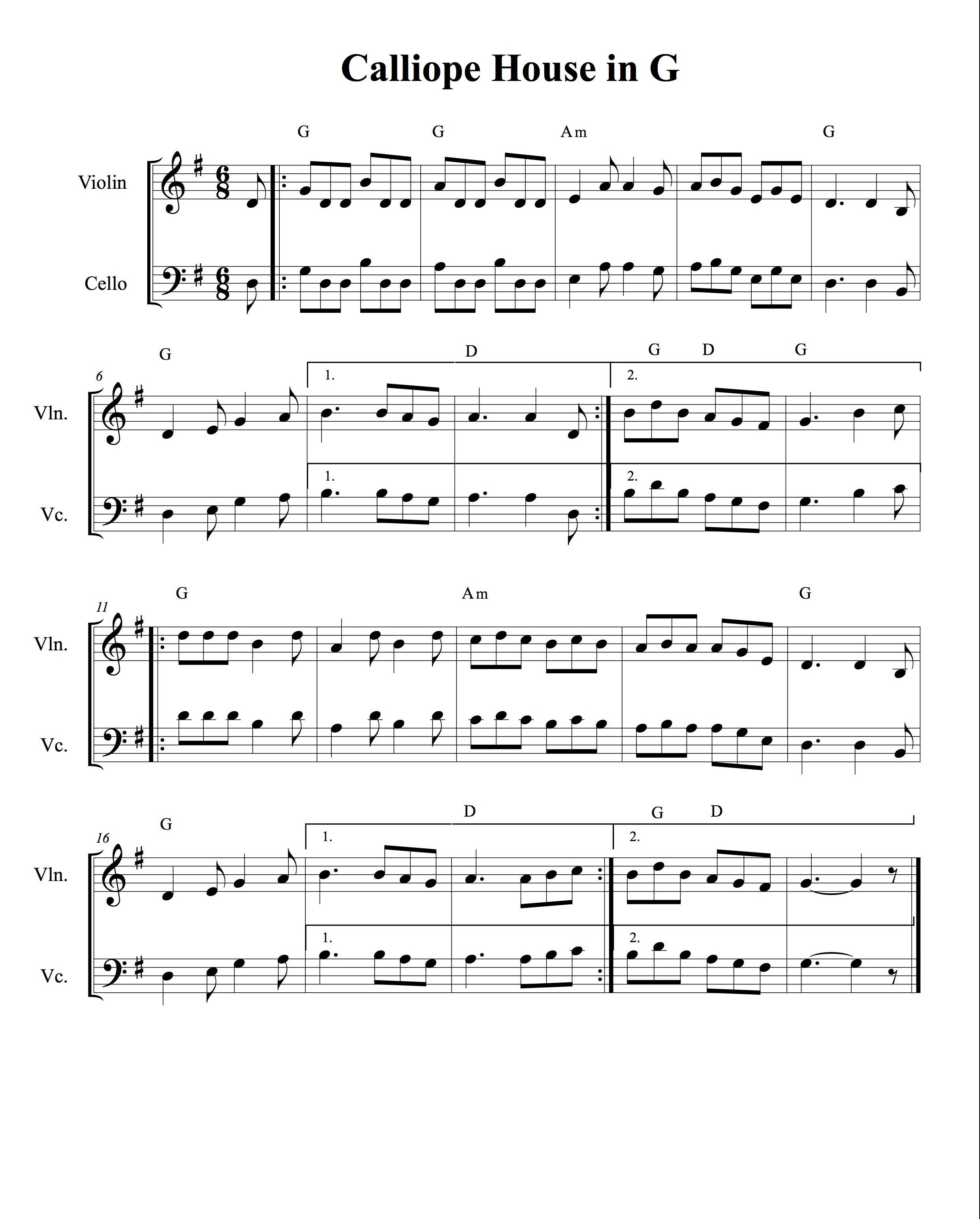 And if you would like it an octave higher or in another clef…. I hope this helps. (and pdf here).