Noah learnt this tune last year and suddenly decided that I should learn it, and I’m pleased to say that I learned it by ear from him (much helped by having heard him play it for a while) and so, although short, it isn’t too hard a tune to start with (and easy to speed up later). I think the tricky bit will be trying to play it slowly.

Folkworks also recommend it as a useful session tune to learn and Hanneke Casselle has also handily recorded a slow as well as a fast version which you can access from the Folkworks page. Hanneke’s version is slightly different from this one, but no doubt the two could be played at the same time, as it’s a minor variation.

There are lots of versions on Youtube. Here’s a nice one on a banjo, and another on mandolin and guitar. And if you fancy bagpipes, here’s the Simon Fraser University Pipe Band (no pictures of the pipers unfortunately).

The slow players.org suggest that it may have first been called Jenny Dammed the Weavers after the invention of the spinning jenny revolutionised weaving and put so many household craftspeople out of work. Certainly dang was used as an alternative to swearing. 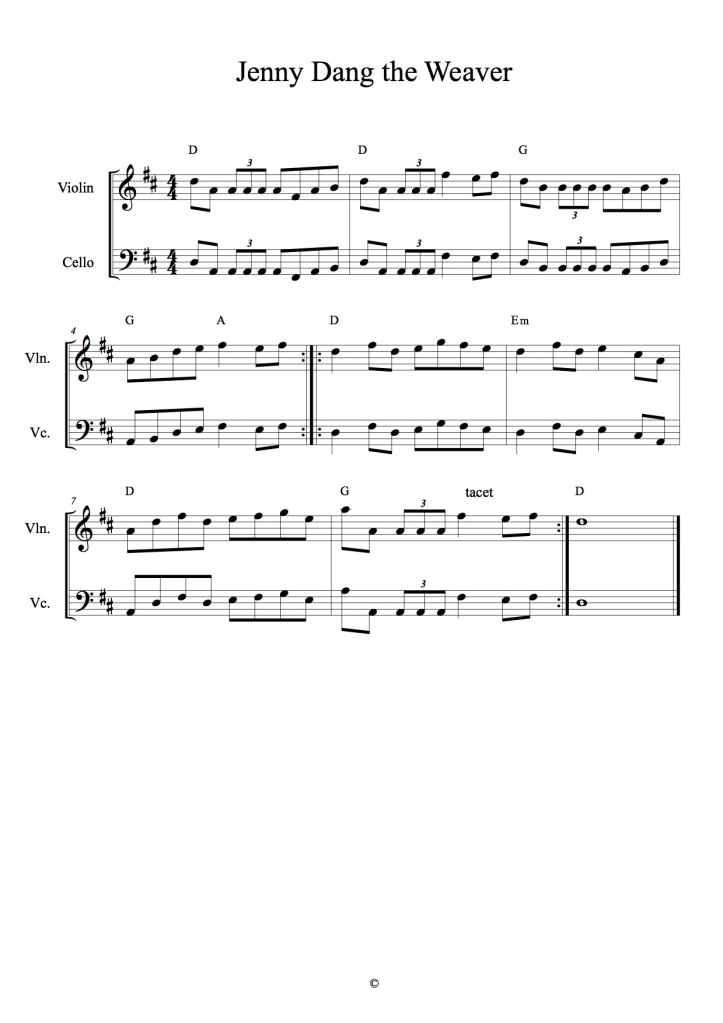